Give your litter a lift!

We’re sure you’ll agree – these figures are shocking?

That’s why we’re working with Keep Scotland Beautiful on a campaign to ask residents to dispose of their litter responsibly.

The campaign will be rolled out across North Lanarkshire, focussing on hot spots where roadside littering is a particular problem and around takeaways.

Our key message is simple – “Give your litter a lift; take it home.”

There really is no excuse for litter, ever. Put it in a public bin or take it home and put it in your own bin.

We’re pleased to have the support of McDonald’s and Costa Coffee who’ll also be promoting the campaign at their outlets across North Lanarkshire.

And remember, littering is an offence. Anyone caught dropping litter faces a fixed penalty of £80 or they could potentially be prosecuted and risk a fine of up to £2,500. 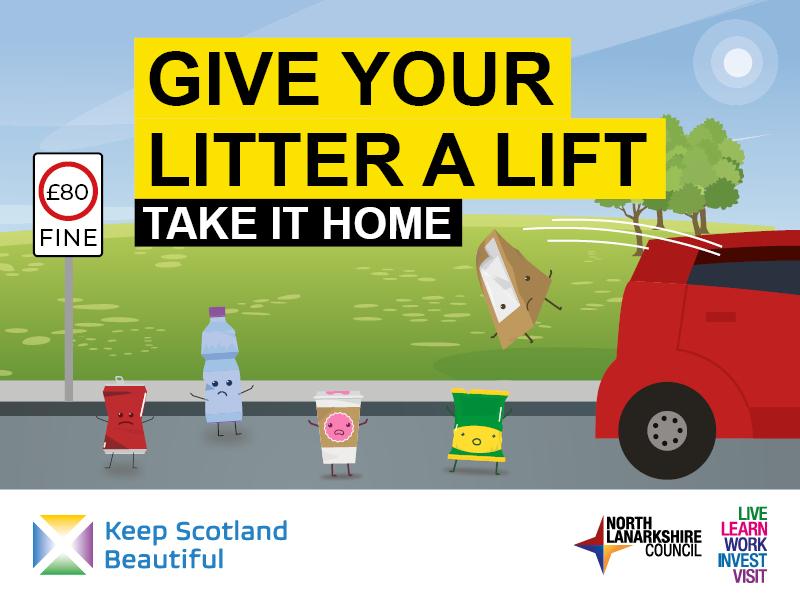 Give your litter a lift campaign