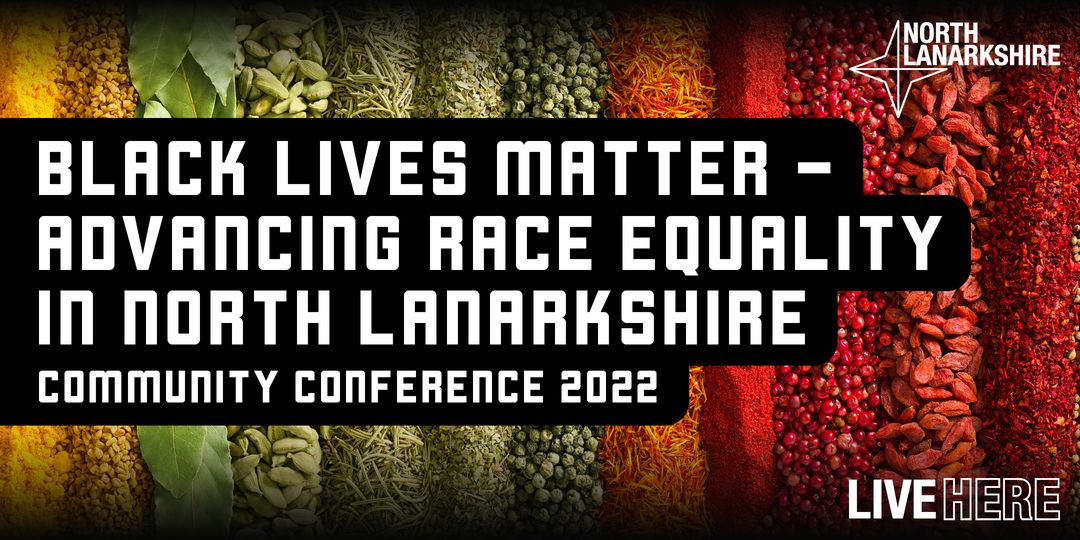 People are being encouraged to take part in our first-ever Black Lives Matter Conference on 21 February.

“The conference will also highlight the achievements of the council’s Black Lives Matters working group including the ongoing work of the council’s schools, museums, workplaces and communities.”

There will be a presentation by guest speaker Sir Geoff Palmer, Chancellor of Heriot-Watt University and human rights activist, on why the Black Lives Matter movement is so important and relevant today for North Lanarkshire.

There will also be a Q and A session to allow people the opportunity to put questions to each of the panel.

Co-Chair of the group, Councillor Junaid Ashraf, said: “Our aim is to tackle all forms of racial injustice and discrimination across North Lanarkshire. We started by carrying out research into the experiences of the area’s BAME people across different areas of life including employment, housing, discrimination, hate crime and wellbeing.

“Our priorities are promoting diversity and challenging discrimination through the school curriculum, and pro-actively improving equality in employment for current and potential council employees.

“We’re encouraging everyone – especially representatives from minority ethnic communities, to ensure we meet their needs in future policy and services.”

A package of support materials is being developed for teachers and school staff, while learning resources will be produced for pupils to learn about the history of slavery worldwide and the inks to North Lanarkshire.

Work has also started on exploring North Lanarkshire’s historical links to the slave trade and how this is interpreted today.

In doing so the council became one of the first local authorities in the UK to formally state its backing for the movement.

The council motion stated: “The council recognises the objectives of the Black Lives Matter movement; further understands the racial tensions which have been heightened - and brought sharply into focus - by the horrific death of George Floyd in the United States, resulting in the protests across the world.”

The motion also reaffirmed the council’s stance that there is no place for racism and that further action must be taken to eliminate racial injustice and discrimination in Scotland, but acknowledges that efforts to end discrimination have been inadequate and many residents of North Lanarkshire continue to suffer racism and racial inequality on a daily basis.