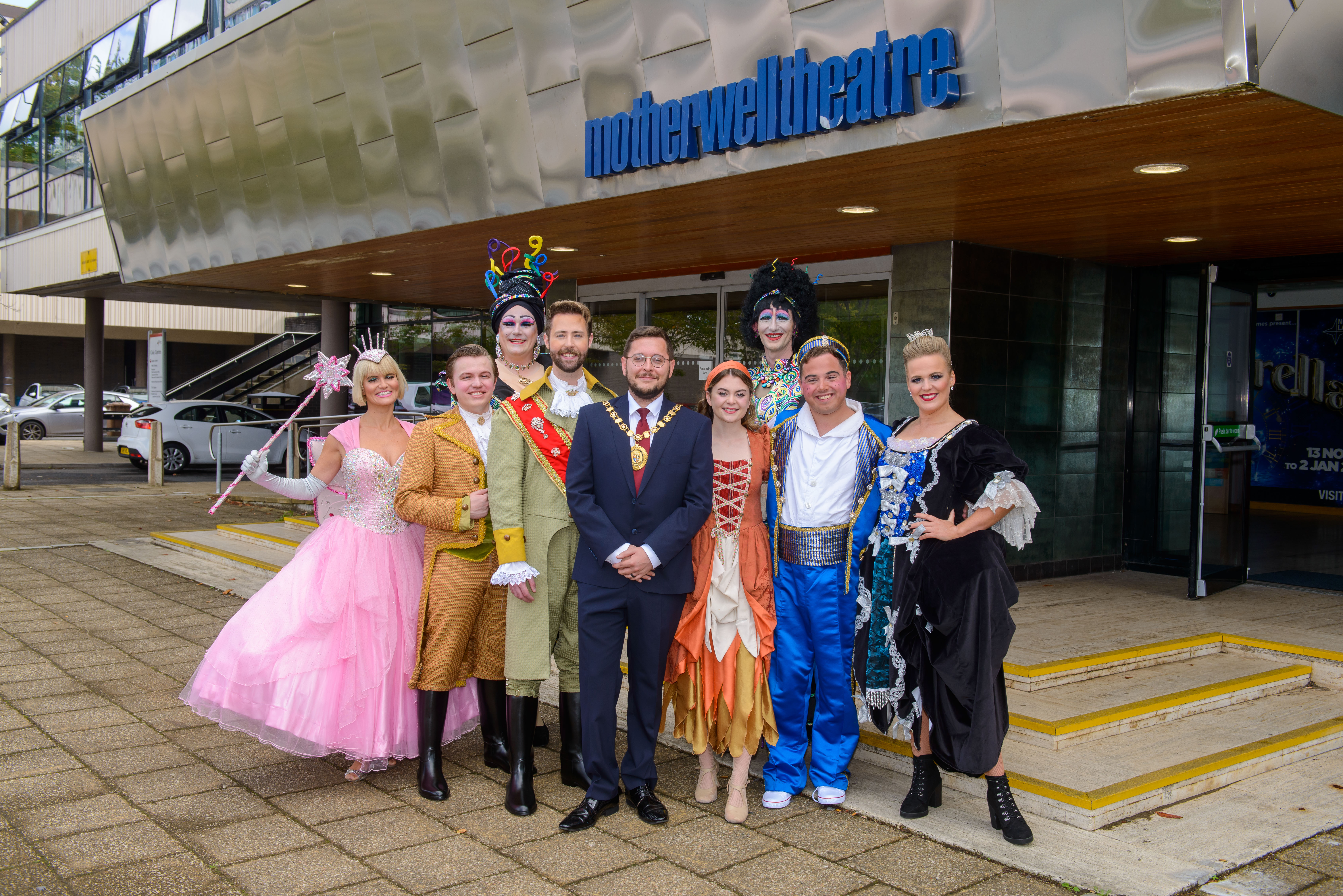 Join Cinderella as she goes from rags to riches and, with the help of her fairy godmother and best friend, Buttons, meets her Prince Charming.

Filled with excitement, laughter and the usual panto magic, Cinderella welcomes a great cast of panto actors who have entertained audiences across the UK, including the return of several actors from previous years’ Motherwell Theatre productions.

Cinderella is a classic fairy tale, full of magic, excitement and humour, and one we know our audience will love!”

The cast visited Motherwell Theatre earlier this month to meet, try on costumes and read through the script – with Provost Kenneth Duffy dropping by to welcome the panto team and wish them the best of luck.

Join Cinderella at the ball in this year’s magical Christmas panto.

Spillers Pantomimes and Motherwell Theatre are presenting Cinderella from 13 November to 2 January 2023.