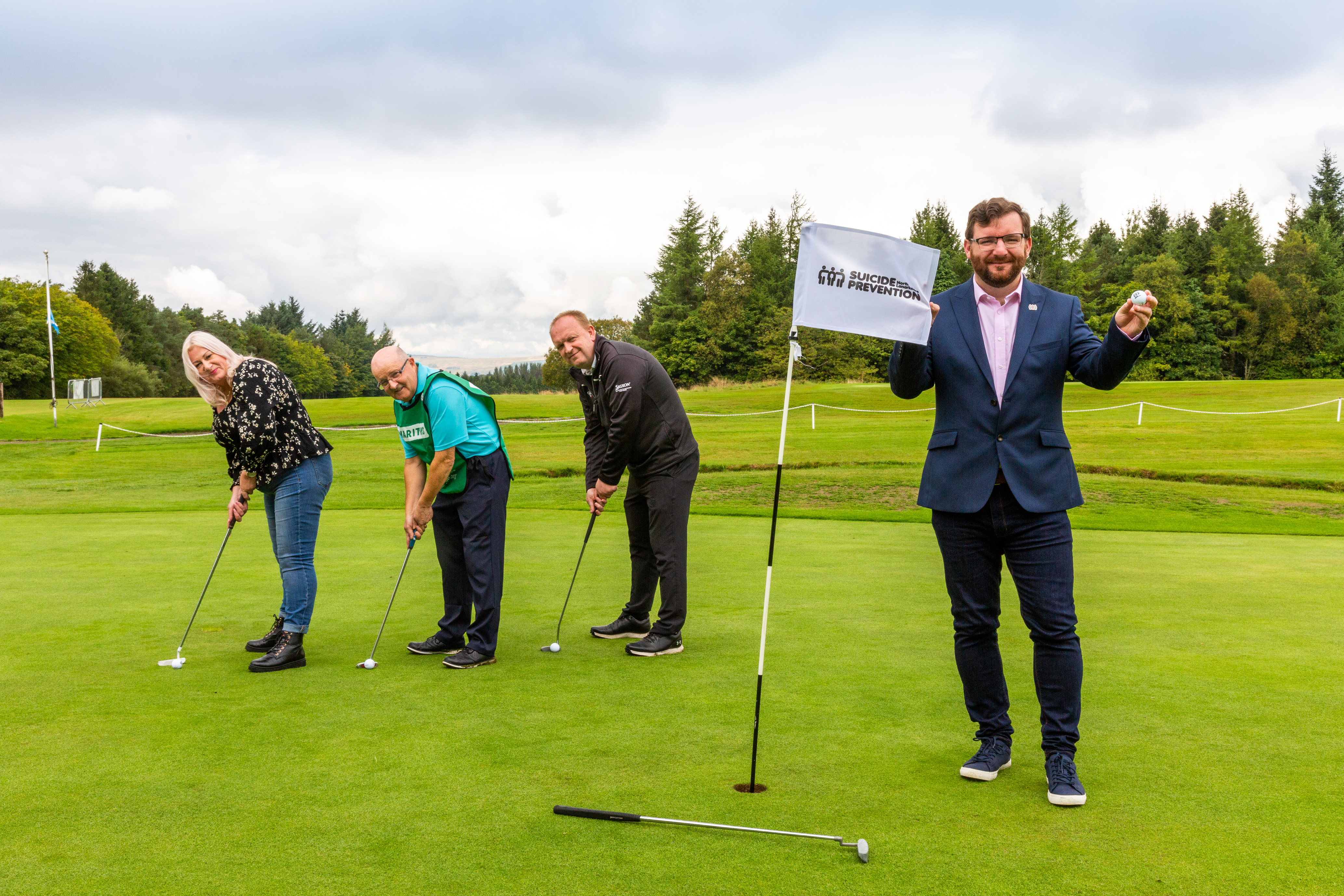 Hosted by Suicide Prevention North Lanarkshire, the golf day challenge took place at Palacerigg golf course on Friday 11 September, with 23 teams and 80 players swinging into action and raising £550 through their entry donations for the charity.

All the participants were helping to support efforts to reduce the number of suicides across Lanarkshire and beyond. Last year alone, 48 people in North Lanarkshire took their own lives with 784 deaths from suicide being recorded across Scotland.

Paul Kelly, Depute Leader of the council said: “It was great to see so many people taking to the greens to support this suicide prevention golf day. Sport provides a great platform to raise awareness about suicide.

“Many people, especially after the difficult 18 months everyone has endured during the health pandemic, have suffered from anxiety, depression and loneliness. We want to share the message that help is available and encouraging people to talk openly about suicide.

“We are asking everyone to be alert to the warning signs of suicide. If you are worried about someone, a friend, family member or work colleague, asking them directly about their feelings can make all the difference. ‘Let’s Talk’ is the message we want to get across as we try to encourage everyone to talk more openly about suicide so we can all play our part in helping to prevent it.”

Willie Kerr, Branch Director of Samaritans Lanarkshire said: “We are delighted North Lanarkshire Council have helped organised this golf day to raise crucial awareness about suicide prevention. We want to create hope through action by getting communities to talk openly about suicide. Our vision is to ensure we take all the action we can so fewer people die by suicide. We all have a role to play in doing that.”