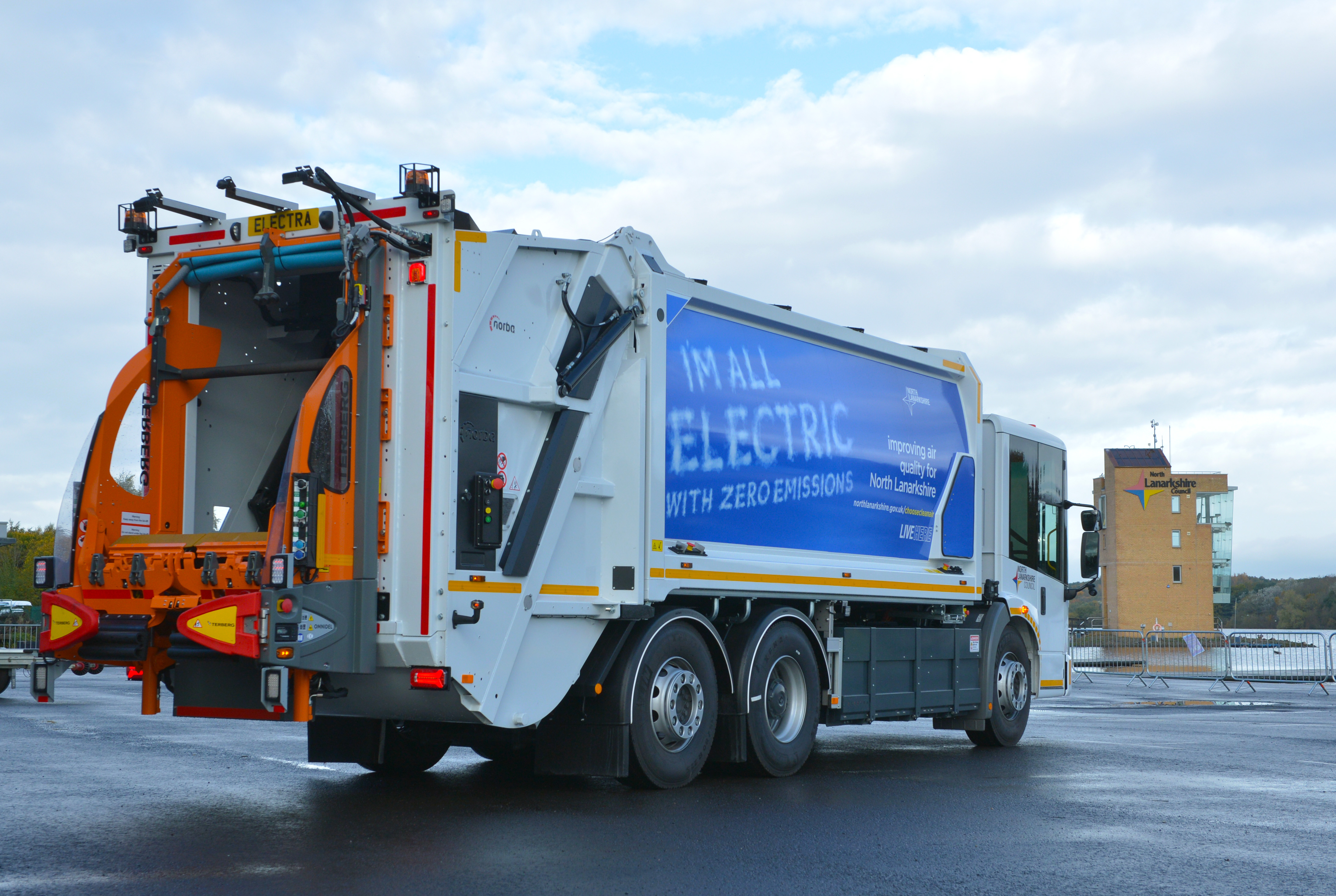 The lorry will collect an average of 28 tonnes of waste each day – 1,800 bins – using a single overnight charge to its 300kwh battery.

The daily diesel cost to operate a traditional vehicle is around £100 – the electricity to charge the new lorry is £12.

And, most importantly, it produces zero emissions which will contribute to our plan to tackle air pollution in its communities and move towards net zero emissions by 2030.

“Traditional bin lorries have a low mileage but a high fuel consumption, and they operate every day in all our towns and villages,” said John Stewart, Fleet Resource Manager at North Lanarkshire Council.

“So this new all-electric lorry is an exciting development for North Lanarkshire, as it’s significantly cheaper to operate and is much more environmentally friendly.

“Our use of electric vehicles, along with partnership working with bus operators, tackling vehicle idling and a range of traffic measures are all important elements of our strategy to reduce air pollution across North Lanarkshire.”

Funding for the new lorry was obtained from the Scottish Government through the Switched on Fleets initiative. and it was supplied by Electra Commercial Vehicles Limited.

“We are leading the charge in Scotland to help deliver clean air environments to the local tax payers and residents. Working in partnership with Electra, the council have specified a 300KWHR battery pack which will enable the most demanding of duty cycles and rounds to be met on a single charge.”

The PACE project is a partnership between Transport Scotland, Scottish Power Energy Networks, North and South Lanarkshire Councils to install electric vehicle charging infrastructure at over 40 sites across Lanarkshire by April next year. The first charging hub was installed at Strathclyde Country Park last month.