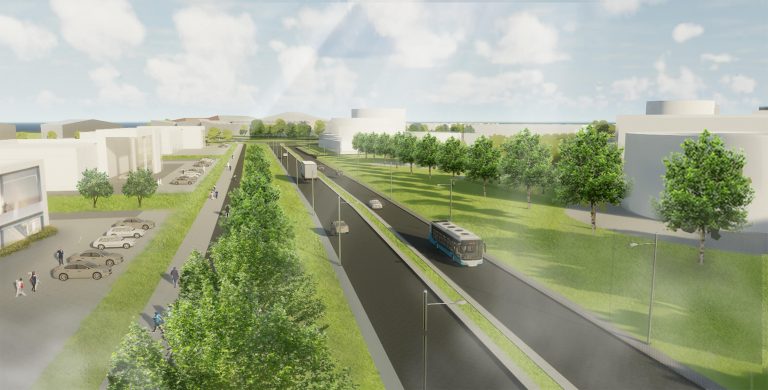 A public engagement exercise is underway on plans for a new road with connected active cycling and walking links between Ravenscraig and Motherwell.

We are asking the public for their comments on the £127.2 million Ravenscraig Access Infrastructure (RIA) project, which is being funded by the council and Glasgow City Region City Deal.

This will see a new road constructed and improvements made to the existing road, cycling and walking routes to support the development and regeneration of Ravenscraig.

“The RIA is a key project for the transformation of the Ravenscraig site but also opening up new opportunities for development across North Lanarkshire,” said Councillor Paul Kelly, Council Depute Leader.

“It is important that residents and businesses see what is planned with this major project and have opportunities to give their views as our plans develop. So I hope people will take some time to look at the plans and give their feedback by 11 December.

The next stage in the RIA project will be submission of a planning application for the southern connections to Motherwell and the M74, which will include a formal public consultation.

The RIA is a key component part of the council’s Plan Lanarkshire Orbital Route, combined with investment currently underway at Motherwell Town Centre Interchange and the future East Airdrie Link Road, to create a transformational road and infrastructure travel spine through North Lanarkshire.