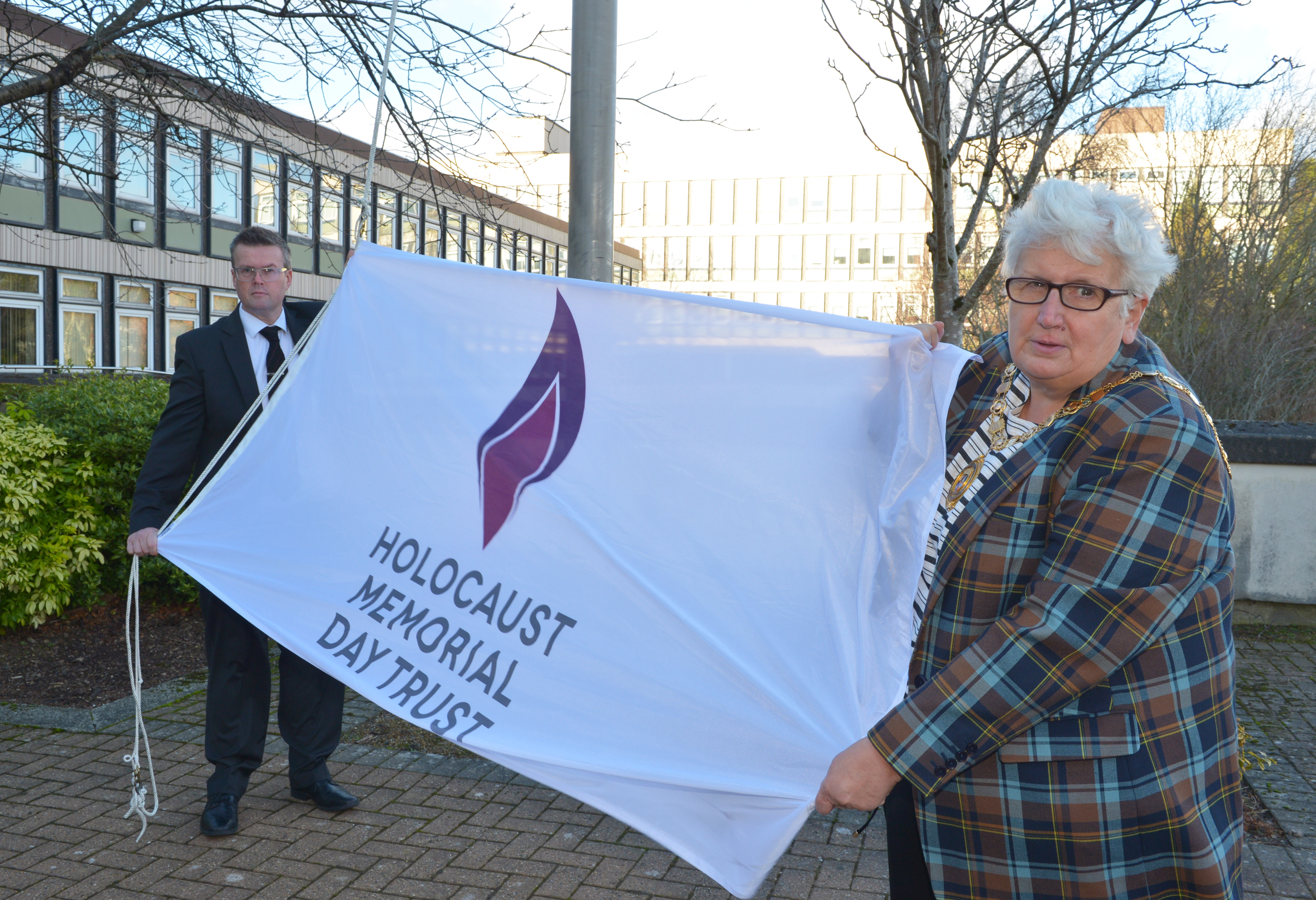 A special flag has been raised outside the Civic Centre in Motherwell to mark Holocaust Memorial Day.

Provost Jean Jones joined council chief executive Des Murray in raising the flag to mark Holocaust Memorial Day on January 27 to remember the six million Jewish people killed during the Holocaust, alongside the millions of other people who have fallen victim of Holocausts in other parts of the world including Bosnia, Cambodia, Darfur and Rwanda.

Holocaust Memorial day is held on January 27 each year because it marks the anniversary of liberation of the largest Nazi-run death camp, Auschwitz-Birkenau in 1945.

This theme for Holocaust Memorial Day is ‘Be the light in the darkness’, reflecting both the horror of what occurred – but also the bravery and resistance of so many who resisted this darkness. As part of this year’s special events, the Holocaust Memorial Trust has also put together a campaign to encourage remembrance by lighting a candle in the window.

Provost Jean Jones said: “This important memorial today allows us to reflect on the terrible human cost of Holocaust. It is vital these harrowing tragedies are never forgotten and we must try to prevent future genocides and create a better safer future for everyone.”

The Civic Centre and Aria statue in Cumbernauld will also both be illuminated purple to remember those who lost their lives for who they were and to stand against prejudice and hatred.