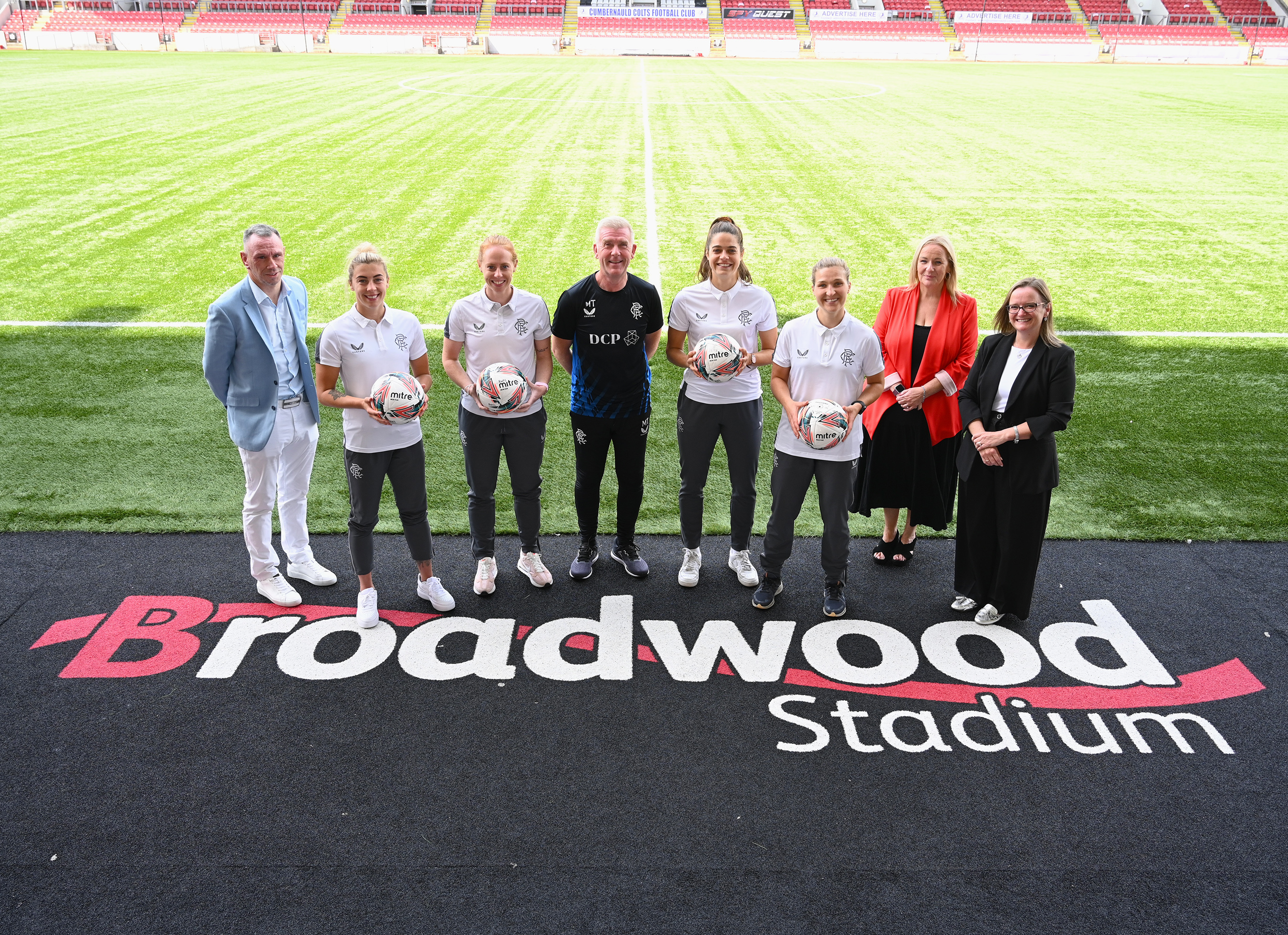 This latest signing by our Active and Creative Communities Team and Rangers Women’s team, will see all home fixtures kick off at Broadwood for the 2022/23 season, initially as a one-year rolling programme.

And on the back of the successful women’s European Championship, we hope a capacity 8,000 crowd at Broadwood Stadium will take the opportunity to watch Ranger’s Women’s team playing in all league, cup and potentially UEFA European fixtures should the team successfully qualify.

This partnership has the potential to inspire a new generation of budding footballers and fans to get involved in the growth and success of the women’s game.

“Women’s football is growing across the globe with the spotlight still focusing on the success of the Euro’s and it’s great to see a professional women’s team using our excellent facilities and playing its home games here at Broadwood. I hope by having regular women’s fixtures in our area more people will come along and watch some live matches.

“I’d like to wish Rangers Women’s team every success for the coming season.”

Women’s and Girls’ Football Manager, Amy McDonald, said: “We hope this will be an exciting move for our women’s first-team as we relocate our home games to Broadwood Stadium.

“We look forward to working with North Lanarkshire Council in this partnership and hope this move will give us the opportunity to provide a more enjoyable matchday experience for supporters and encourage many more to come and support the women’s game.”

Broadwood Stadium boasts more than 1 million visits per year and is a true multi-purpose sports hub. The stadium itself is a SFA sliver category with the latest LED sequence floodlight system fit for Women’s Champions League fixtures.

“Broadwood is a top-class sporting facility,” added Councillor Barry McCluskey, Depute Convener of People and Communities, “and this latest signing will see Rangers Women’s team joint current partners Cumbernauld Colts, who run a community programme for around 600 youngsters, as well as a team in the Scottish Lowland League and Open Goal Broomhill who we have just partnered with us for the upcoming season and who also play in the Scottish Lowland League.

“Broadwood is a well-used popular facility and it’s great to see both youngsters just starting out in the game to lower league and now a top league team playing here. I hope people will take the opportunity to come along and support women’s football at Broadwood which I’m sure will continue to inspire and encourage more girls to get involved and take up the sport.”